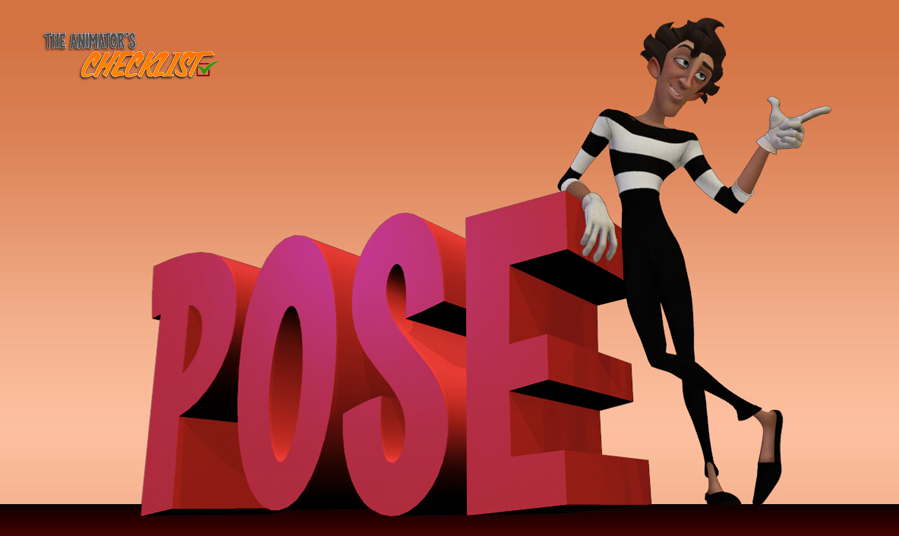 Hi everybody,
I wanted to write some articles about the different stages of workflow, until I realized that I had to talk about the cornerstone of animation first : The pose.
I was recently talking with one of my students who told me that most of the changes they asked him to make concerned his posing.

2. MOVEMENT
Define on which part of the animation you are working on and ask yourself :
• Kind of Pose : What kind of pose is it (Key pose, Anticipation, Reaction), what is its relationship with the others and how you are going to contrast them.
• Arcs : If you are in the middle of a movement, define the arcs where the several parts of the body are going to pass.
• Offset : According to its speed, which are parts are delayed.
• Reversal : What parts flip and go from an S-shape to a C-shape and vice versa.
Note : Once I have all this information, I usually do a little Thumbnail to capture the essence of the character. 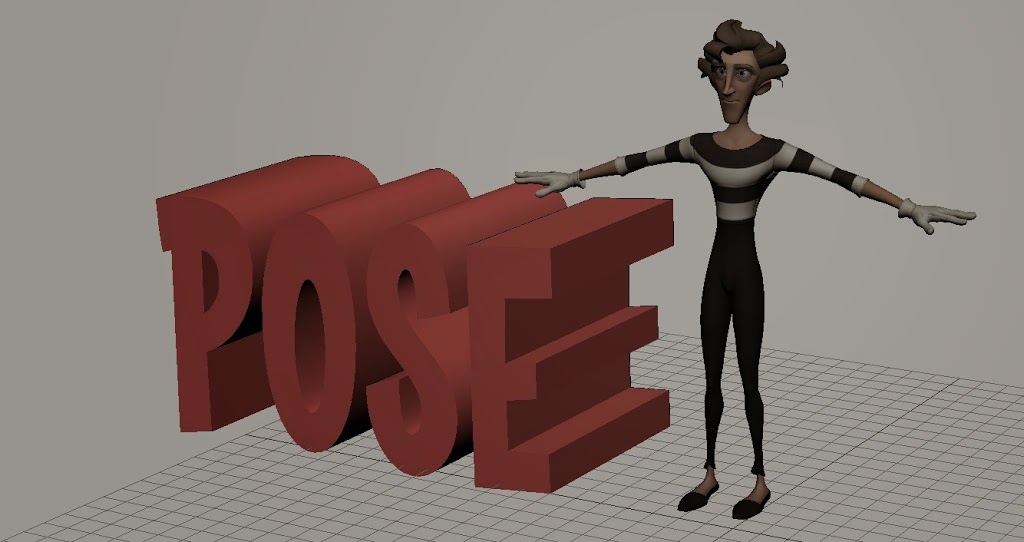 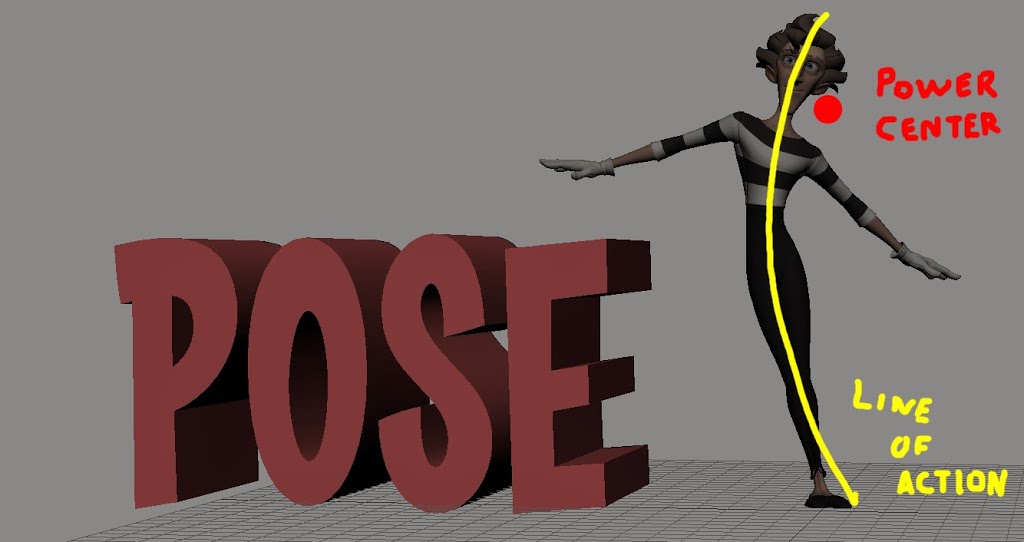 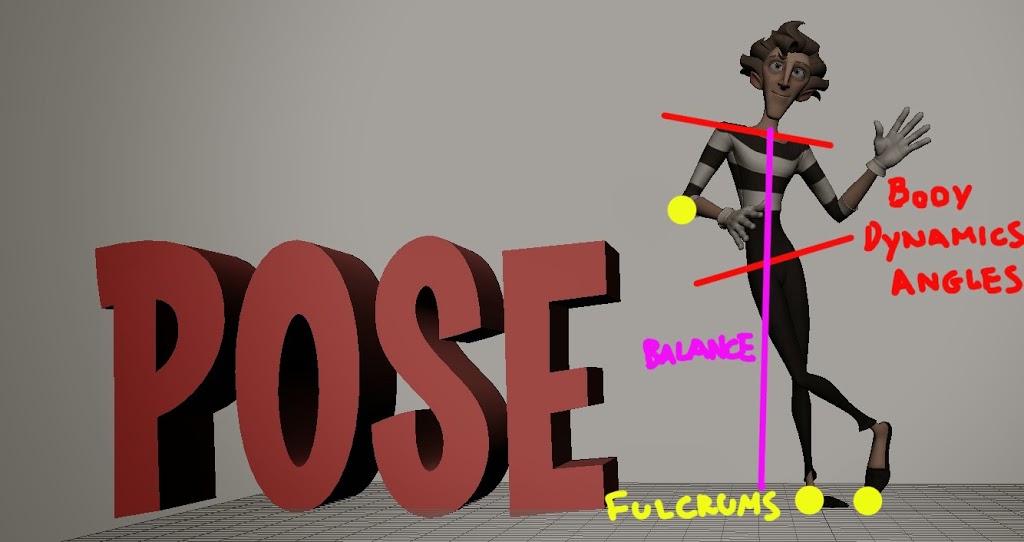 Refine the body dynamics, working on the position of the feet, legs, hip and shoulders.
• Fulcrum : Place the supporting points.
• Weight : Define the distribution of weight.
• Balance : Put the character in balance.
• Body Dynamics Angles : Adjust the angle of chest and shoulders in relation to the hips.
Note : If I want to be sure that my body dynamics works and avoid surprises in spline, I look at it on diferent views. 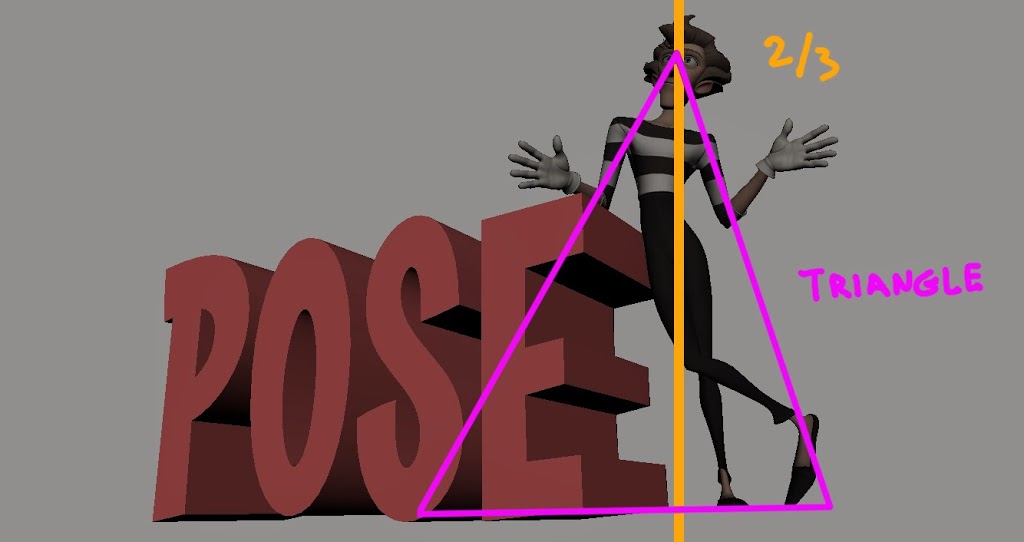 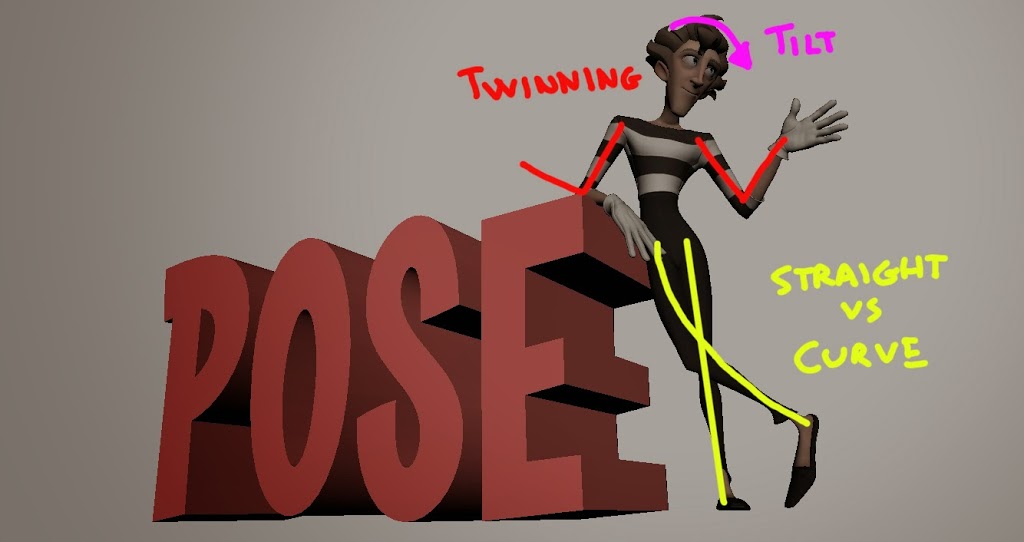 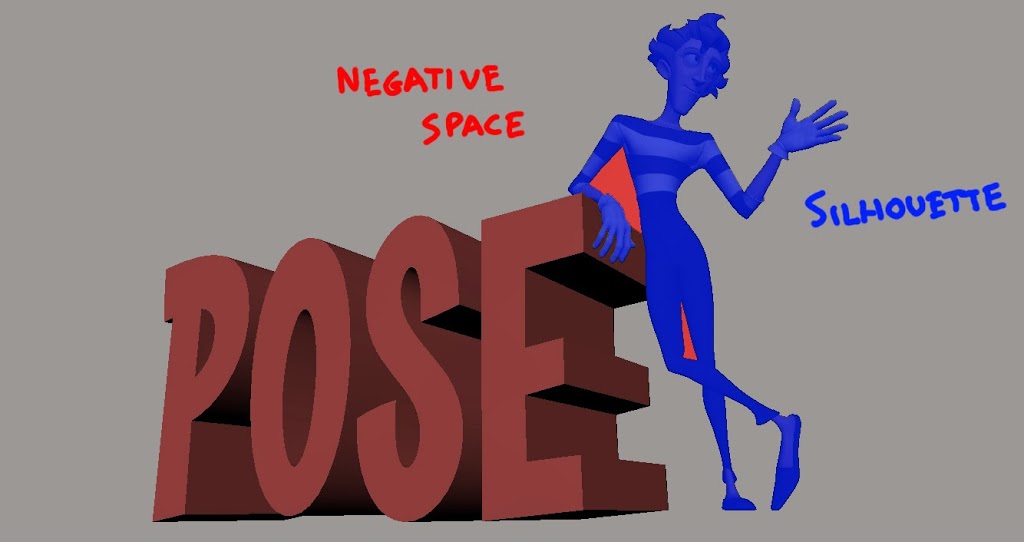 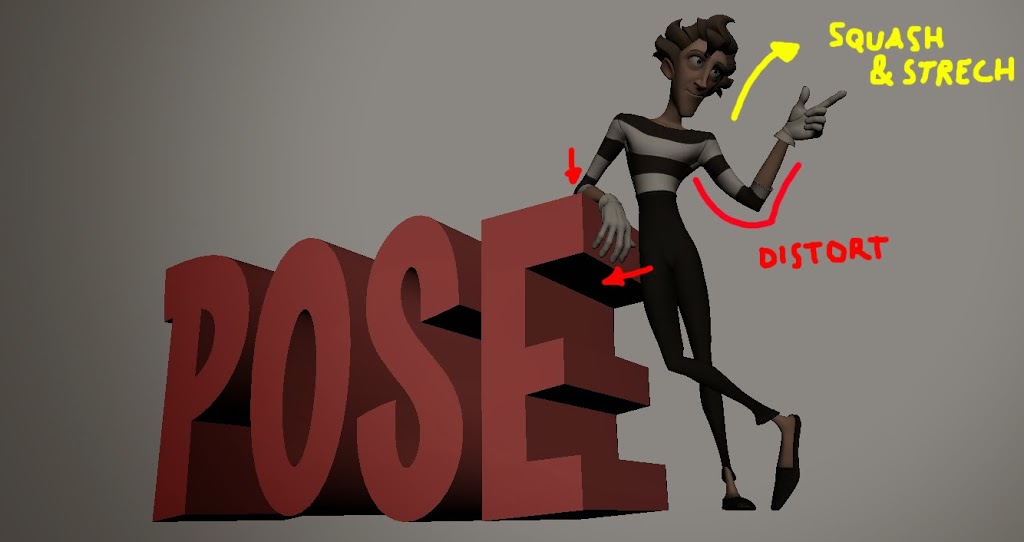 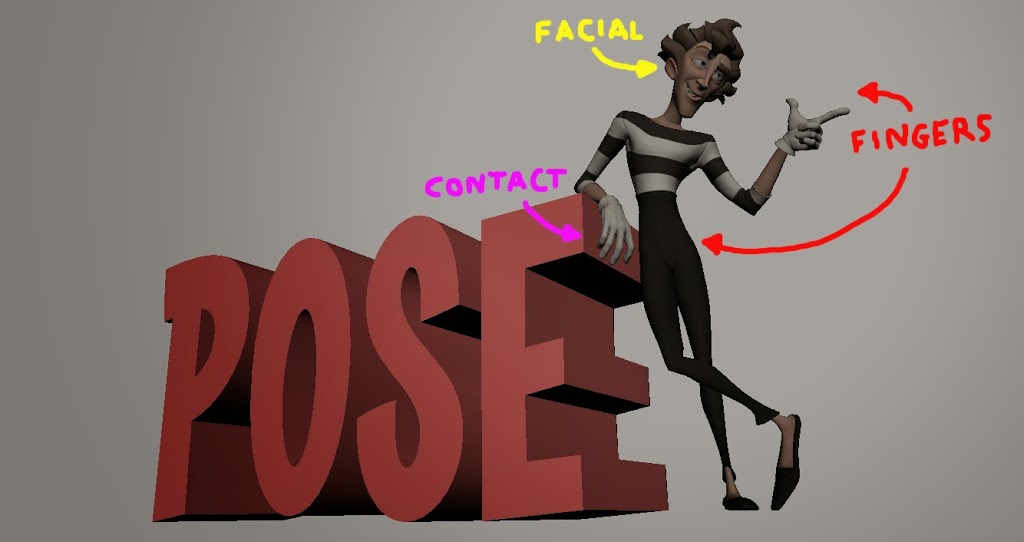 Once finished, you will have to ask yourself :
• Is transmitting the pose what I had planned?
• Does the pose corresponds to the personality of the character? Are you “in the character”?
• Do you think the audience can understand how the character feels and what he's thinking, saying and doing?
• Am I sure that my pose is not “cliché”?
• Does my pose work with the preceding and following ones?
• Is my character well placed on the stage?
• Have I used all the resources to direct the attention to the most important part of the performance?
• Is my character well built and seems to have balance and weight?
• Is my image well composed?
• Is my pose clear and simple and readable at first sight?
• Does my pose have appeal?
• Did I exaggerate enough?
• Did I use all parts of the character to transmit my intention?
• How would another animator do the shot?