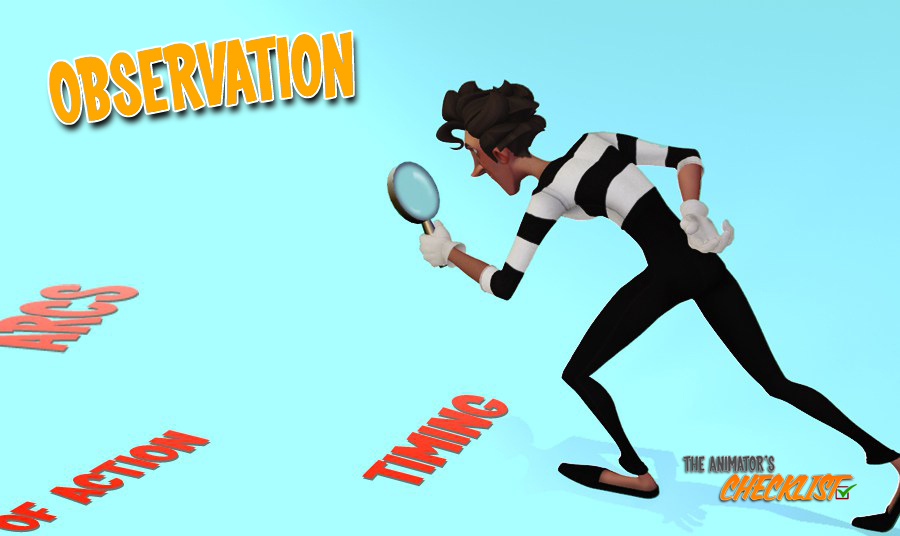 You surely have heard that the key to be a good animator lies in those 3 words: Observation, observation and observation.

It seems quite easy but when you're starting in the world of animation, you may ask yourself: “Ok, I'll watch my video reference…but what do I have to look at?”

The answer is quite simple : THE EXTREMES! Those will give you all the acting and biomechanics informations you need…from the moment that you know how to locate and analyze them. 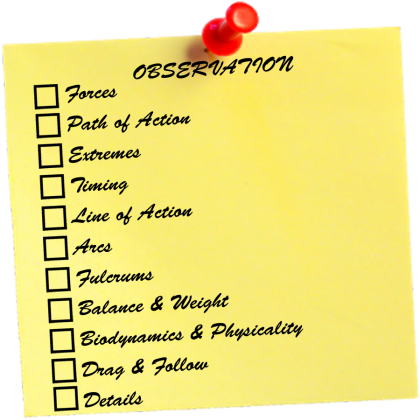 HOW TO ANALYZE A VIDEO REFERENCE?
Now that you know which are to the diferent extremes, I leave you here a checklist to analyze and get all the information you need for your blocking:
• Forces : The first thing you have to do will be to understand the environment surrounding your character and which forces he is facing? (See FORCES)
• Path of Action : Then, Pay attention to the trajectories of the important parts of the body (In general pelvis for a body dynamics shot and nose for an acting one)
• Extremes : By analyzing the path of action, you'll notice more extreme points. Based on what I explained above, you only have to guess which pose it is (Key Poses, anticipation, reaction or exentric)
• Timing : Those same extremes will give you all the timing information for your shot.
• Line of Action : In each extreme pose , Pay attention to the line of action of the character.
• Arcs : Check what kind of arcs are drawing the several part of the body and in which moment of that arc it is located.
• Fulcrums : Check which are the supporting points of your character.
• Balance and Weight : Notice how works the weight and balance depending on those supporting points.
• Biodynamics and physicality : Analyze how the torso reacts depending on the pelvis and how does the body works to maintain balance and move in the environment.
• Drag and Follow : Pay attention to the inertia and analyze where the energies are coming from to understand which part is leading and which is following
• Details : To finish, check the small extremes which are going to give you the final details of your shot (blinks, shakes, etc…)

Use the Maya tool "image plane" to import your reference and have it in one of your viewers when you are working.

NOTE
I recommend the program Kinovea to draw paths and analyse body dynamics.

7 comments “OBSERVATION or How to read a reference video?”